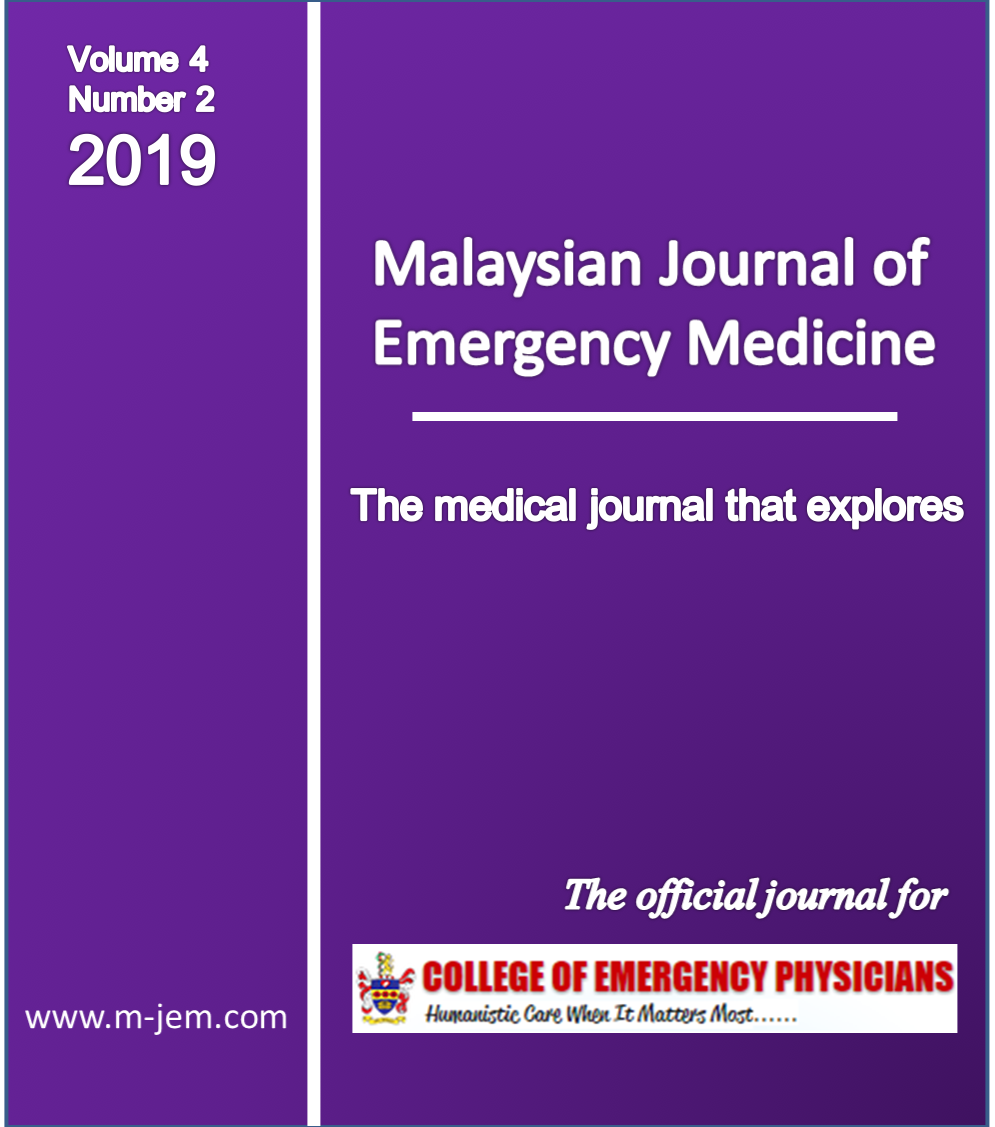 A retrospective cohort study was done from January 2015 till March 2015 at Emergency Department Hospital USM. All patients aged 60 years and above were included. Systematic random sampling was used.

Total patients included in this study were 209 patients. The mean age was 68.4 years old. Fifty-eight percent were male and 95.7% were Malay. Seventy-eight percent were triaged as an emergency. Three most common presenting symptoms were respiratory (24.9%), cardiovascular (19.65%) and gastrointestinal symptoms (12.9%). Out of 209 patients studied, 95 patients (45.5%) were admitted. Mean duration of hospital stay was 8 days. Out of 95 patients admitted, only 15 patients (15.8%) died in the ward. Factors associated with mortality were gender, patient’s method of arrival, conscious level on arrival, patient’s condition when transferring to the ward; either ventilated and on inotropic agent or not, patient’s first pulse rate taken at triage and first blood investigations taken in emergency department; white blood cell, hemoglobin, serum lactate and serum urea.

Majority of the geriatric patients triaged as emergency cases and cardiorespiratory cases were the most common presenting symptoms. Associated factors of mortality had been identified and these factors will alert medical personnel in the emergency department to treat this group of patients more thoroughly and judiciously.