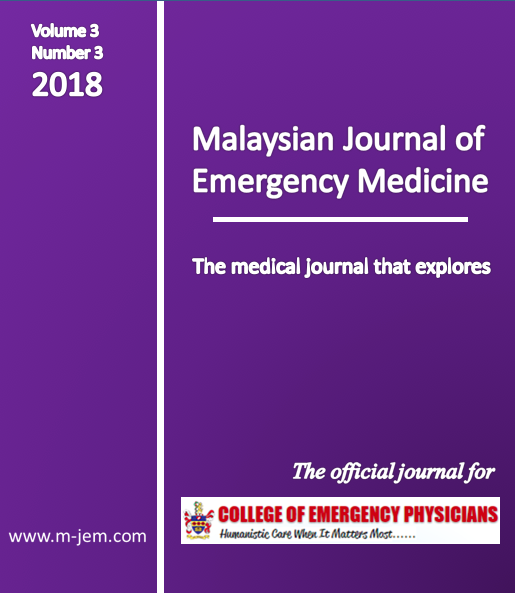 Background: Mortality data reflects the level of care of an institution. Inadequately trained personnel and lack of infrastructure may contribute to preventable deaths of hospital mortality whereas brought-in-dead (BID) cases are strongly related to pre-hospital factors. Methodology: A cross-sectional study on the profiles of mortality cases recorded in ETD, Hospital Tuanku Fauziah from 1 January 2014 until 31 December 2016 was conducted. Relevant data were extracted from death registers and emergency record cards. All mortality cases recorded in ETD HTF within the study period were included whereas cases with incomplete data were excluded. Result: A total of 301 mortality cases were recorded in ETD HTF over three years. Seven cases were excluded due to incomplete relevant clinical data hence, 294 cases were analysed. Death-in-department (DID) cases were 59.5% (n=175) whereas BID cases were 40.5% (n=119). The yearly incidence of BID cases demonstrated a decreasing trend throughout the study period. Majority of BID cases were among the elderly, aged more than 70 years old (n=34, 28.6%). The commonest system affected throughout the study period was the cardiovascular system. There was a significant association between different age group and the nature of the mortality cases in ETD (p=0.0026). Discussion/Conclusion: This study served as a platform to target effective intervention at primary care setting. Re-appraisal of the healthcare system is warranted to provide dependable and excellent standard of care. Public health strategies to increase health promotion may be planned to instil health-seeking behaviour, particularly among elderly population.